Dum is a unique cooking style mastered by the Mughal chefs in the 16th century. While there are many stories about its origin, the most popular one dates back to the great famine that hit the province of Awadh in 1794. To feed his subjects (nobles and commoners alike), the Nawab of Awadh introduced a charitable food-for-work initiative wherein he decided to start constructing the Bara Imambara (also called the Asifi Imambara) and feed all the construction workers. Commoners were asked to build the structure during the day and the nobles were to break it down at night, ensuring that everyone was gainfully employed, and the anonymity of the nobles was maintained.

To prepare meals for the 20,000 odd workers, the cooks put meat, vegetables, rice and a few spices together in large vessels or handis. These vessels were sealed with dough and left to cook on low heat for hours. The method, known as dum pukht, (dum means to 'breathe in' and pukht to 'cook') proved to be the most convenient way to provide meals day and night to the large workforce. On one such day, when the handi was on fire, the Nawab chanced upon the fragrant aromas of this concoction and ordered his shahi cooks to prepare the dish in the royal kitchen. Employing the same technique, these cooks dished out the concoction with royal finesse. Thus, started a whole new biryani cuisine for the courtiers and upper class of society. Once it gained popularity, it traveled to different regions of the country and the world. While each variant of the biryani is delicious, cooked with the local spices, the Hyderabadi chicken biryani is a few notches higher in terms of appeal and taste.

While many variations of this Awadhi dum biryani, such as the Kolkata chicken biryani and Lucknowi chicken biryani, are served across restaurants in the country, the most popular is the Hyderabadi chicken biryani. The rich, Nawabi aroma can be attributed to the generous use of spices, choicest basmati rice and farm-fresh chicken. The chicken is marinated and cooked along with the rice in a sealed clay pot on slow fire or dum for about 40 minutes.

This traditional method is employed by Biryani By Kilo to prepare their popular Hyderabadi chicken biryani. BBK slow cooks this biryani in individual handis and delivers them at your doorstep in 90 minutes. When you break the seal, you are infused with the rich aroma, and each spoonful of the fragrant rice and tender meat takes you back in time, making the wait worthwhile.

In most kitchens of today, the Hyderabadi chicken biryani is not prepared in the traditional manner. To beat the time required to cook an authentic biryani, they have adopted a simpler method. They semi-cook the rice and chicken and layer them in a heavy bottomed pan, seal it with dough and cook it on dum.

Apart from the dum, an important step in cooking a delicious chicken biryani is marinating the chicken. The correct measure of the marinade and the appropriate time for marinating the chicken is crucial for a tender and succulent biryani. Over time, marinades have evolved, but the following remain the most popular options.

Thereafter, a heavy-bottomed pan is layered with the marinated chicken and raw rice. Sprinkle fried onions, mint, coriander leaves, saffron soaked milk, kewra water and ghee before sealing the pan with a dough. Cook this Hyderabadi chicken biryani on dum for at least 40 minutes.

Cooking the biryani in this manner has its set of challenges.

Dishing out a luscious Hyderabadi chicken biryani requires a lot of technique, patience and practice. Why fuss when you can order the authentic chicken biryani from a BBK outlet ‘near me’, or alternatively order the chicken biryani online. BBK will deliver the complete, healthy meal in a pot at your doorstep in 90 minutes. 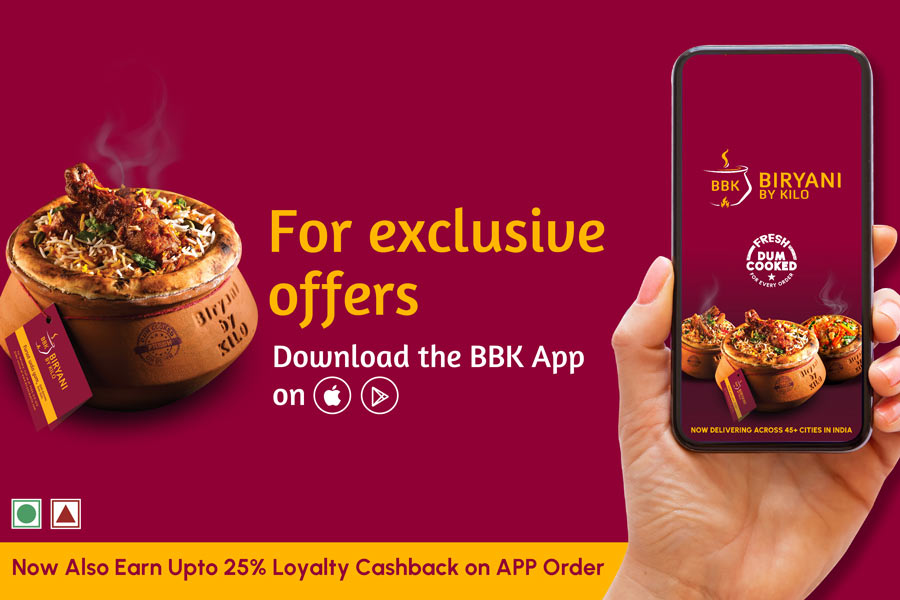 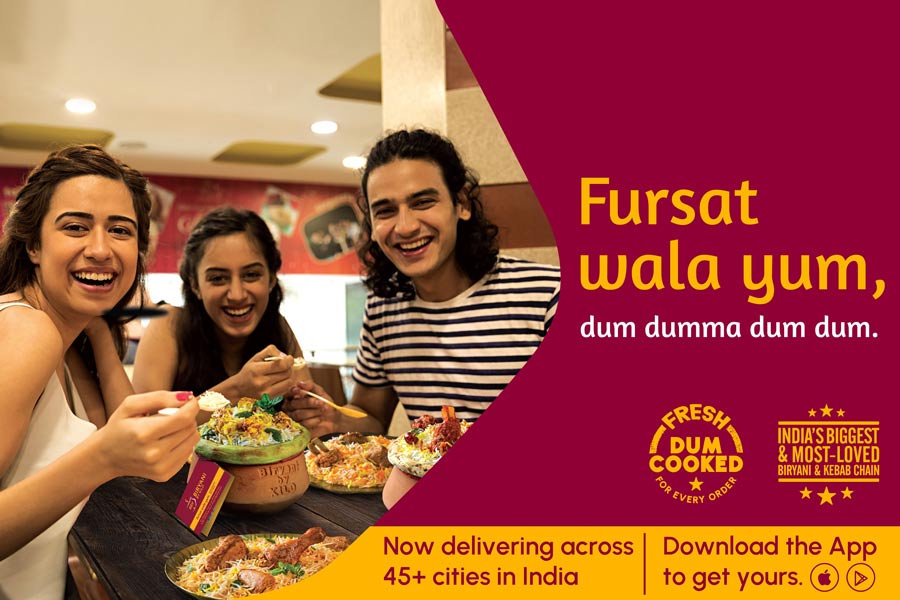 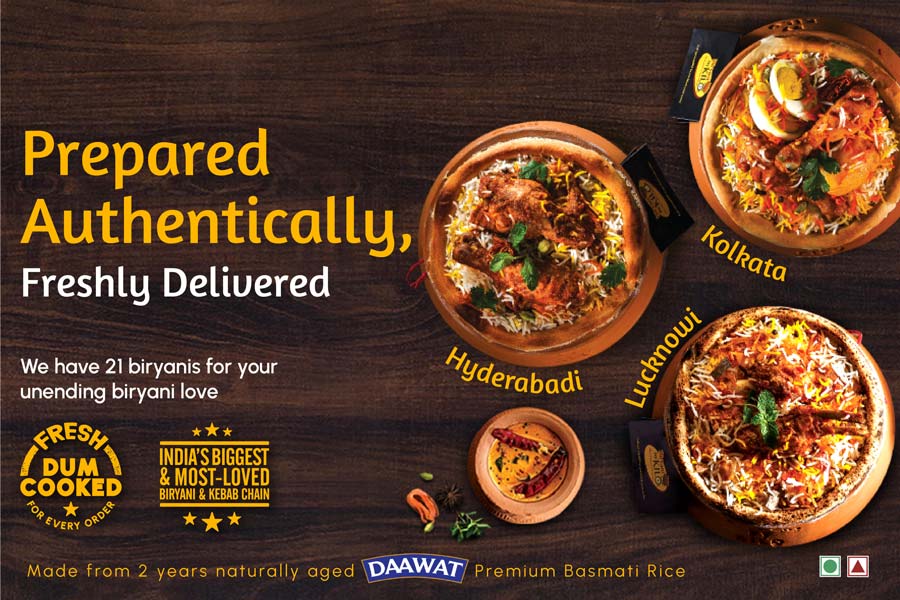 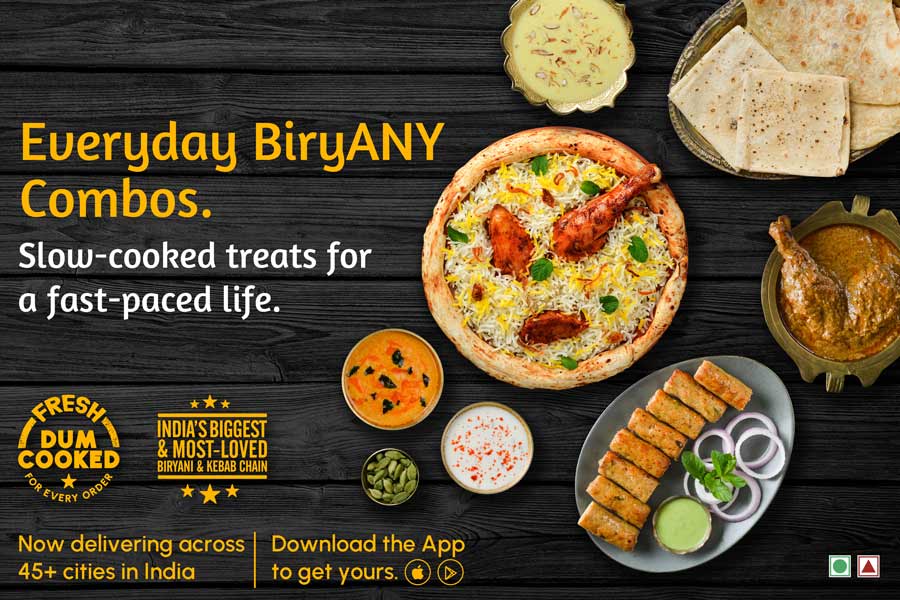