Lucknow and Hyderabad are known for their awesome biryanis. The authentic biryani recipes extract their richness from a lineage of ustads, masters who have been making it for centuries. Preserving the identity of the dish in the times when quickly cooked pulao is often audaciously served as biryani, the two dishes savour the aroma of the spices and the taste of the meat and vegetables.

Hyderabadi biryani is usually meaty and spicy and has a good color of zaffran. Lucknowi biryani, on the other hand, is smooth and its meat is marinated in yoghurt and herbs. While they both stake their claims on which is better and authentic, the debate rages on.

What's in a name?

To judge the authenticity of any dish, you must trace it to its origin. Among the various theories that describe the origination of the name Biryani, two are more popular. It is believed that the term Biryani has come from the Farsi word Birian which means fried before cooking. This could be true if we go by some biryani preparations where the rice is first fried and then mixed with the other ingredients. The other theory assumes that the name of the dish comes from the word Birinj, which means rice in Farsi. And as rice is the main ingredient of a Biryani, this theory seems more plausible.

While some believe the history of Biryani dates back to the 15 th century when the Mughals invaded India and brought it with them from Persia, others believe it has been in existence in our country much before Babar's invasion. Another popular version is that Mumtaz Mahal (wife of Emperor Shah Jahan) asked her chefs to create what was the earliest version of the biryani for the under-nourished soldiers of the Mughal army.

Whether biryani came from Persia or was created in India, everyone agrees that Persians were responsible for popularizing the dish among locals. As biryani started to become popular across the country, it also absorbed the local flavors from every region. While the Bengalis added potatoes to the age-old dish, the Sindhis used a lot of yoghurt. The Afghanis gave it a good dose of saffron and dry fruits, and those in the northern states made a vegetarian variant of the primarily meat-based dish. Over 50 varieties of the dish exist in the country today, with everyone claiming their version to be the best. But truth be told, every version has something special about it!

The tussle between Hyderabad and Lucknow

A good biryani is usually judged on the basis of its taste, the quality of meat (or vegetables in case of veg biryani), and the blend of spices and rice. However, with so many varieties of the dish, what makes each one distinct is the way it is cooked and what its unique ingredients are. Adjusting the rich Mughal dish to milder palates, Nawabs gave birth to luck. Southerners, on the other hand, added more spice and richness to the dish, giving birth to the Hyderabadi biryani.

When preparing the Hyderabadi Biryani, the mutton/chicken/vegetables are first marinated in yogurt, herbs, and spices and then cooked with rice over a low flame. Rice cooked this way absorbs all the spices along with the juices from the meat and vegetables.

Wrapped in subtly of flavor-Lucknowi Biryani
On the other hand, Lucknowi Biryani has a uniquely delicate flavor and rich fragrance. In preparing this unique dish, the meat and the rice are cooked separately and then layered in a pot that is placed over a low flame. Many chefs also add a little-concentrated stock to the rice to flavor it. Each grain will look like nothing much, but when you put it in your mouth, it will (if it's done right) burst with flavor.

While both biryanis may have been influenced by the Mughals, Lucknow's chefs refined the cuisine through the use of aromatics and cooking techniques and Hyderabad transformed the dishes with robust flavors. We at Biryani by Kilo deliver both authentic Hyderabadi (Kutchi) and Lucknowi (Pukki) Biryani prepared in individual earthen handis with the freshest ingredients. To take your experience a notch higher, we send you earthen Angeethis (Aanch) with each order. We also prepare each order fresh and from scratch, to ensure that we do justice to the rich heritage of the wholesome dish. To rediscover the flavors, order a royal feast by the kilo. 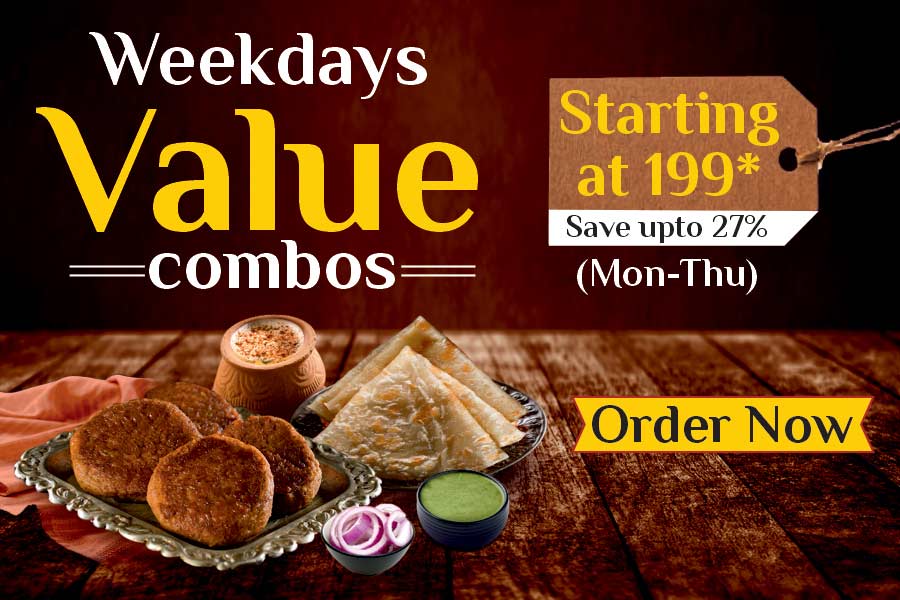 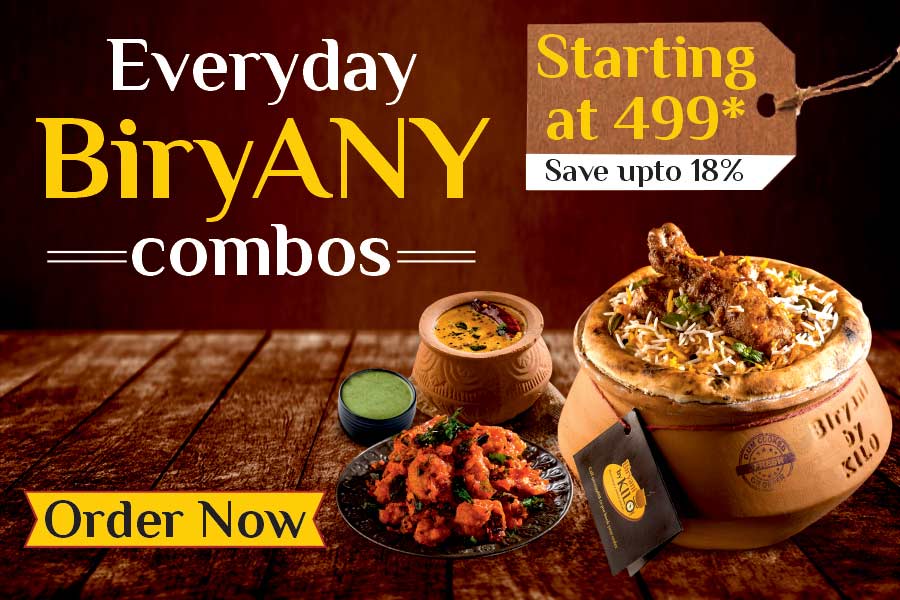 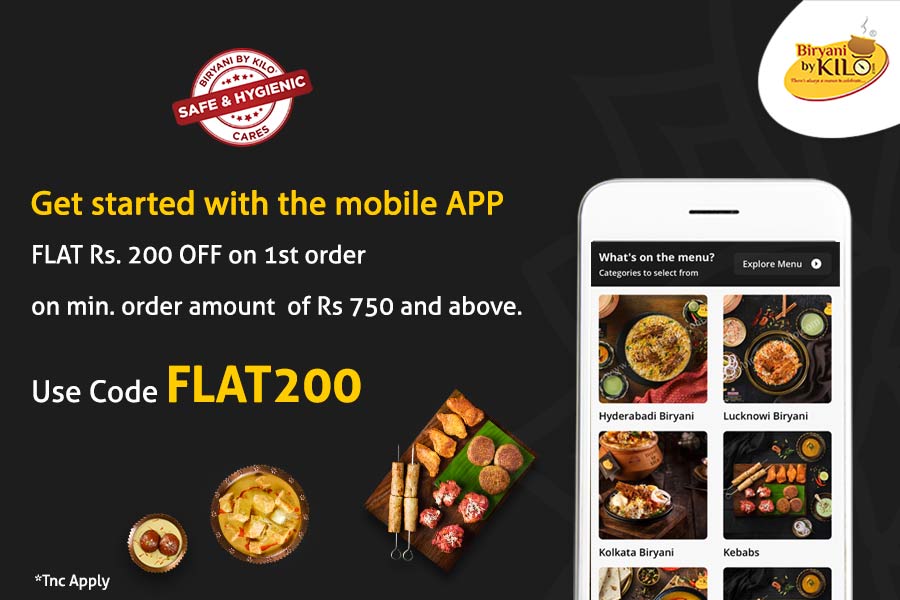